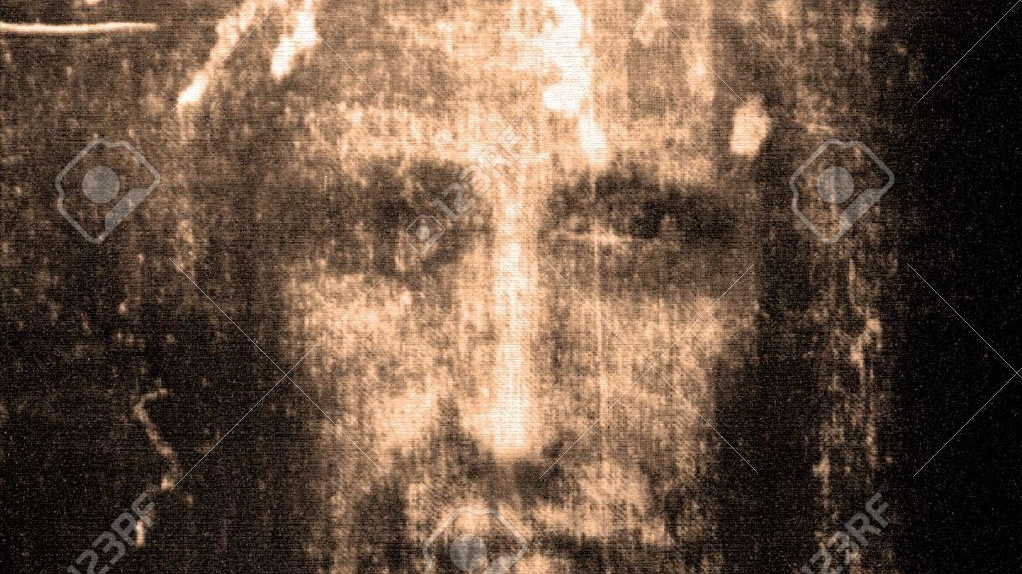 At the start of the story is the tantalising phrase in Genesis 1,

“God created man in his own image: In the image of God he created him.”

Of course, it does not occur in a vacuum. It is the climax of the entire creation narrative. The Earth, which was formless and empty (verse 1), was first given shape and was then filled: with good things, initially vegetation and then animal life.

“Then God said, ‘Let us make man in our image, in our likeness, and let them rule over the fish of the sea and the birds of the air, over the livestock, over all the earth and over all the creatures that move along the ground. So God created man in his own image, both male and female he created them.”

In trying to understand what is implied here, I take it that there are two points of reference. Firstly, the Image of God marks us out from all other living creatures, which by implication are not made in the Image of God. Genetically, we may be almost identical to our nearest animal relative, the Chimpanzee, but spiritually we are poles apart. So we will gain insight into understanding what the Image of God means, if we explore the differences between mankind and the rest of the animal kingdom.

The second point of reference is of course God himself, so we will also understand the meaning of being made in his image if we explore what he has revealed of himself – in nature, in scripture and most especially in Jesus Christ.

The image of God in man therefore distinguishes us from all other animals on the one hand and shows our family resemblance to God on the other. I take it that the words ‘image’ and ‘likeness’ amount to the same thing. They are not referring to different categories but are intended to emphasise & clarify the central idea.

This process leads us to focus on 6 distinctive characteristics of humanity. Firstly, we are…

Animals are wonderfully uncreative. They do not change the world they live in. The creativity we observe in them is instinctive. So birds build their nests but every year it has the same design. They never think to build on an extension, create a loft conversion or develop their skills. They just do the same old instinctive thing.

God on the other hand has been creative beyond anything we can comprehend. Both science and the Bible testify that the entire universe came into existence – out of nothing! Our knowledge of the expanding universe traces everything that exists, including time and space, back to an unimaginably small ‘singularity’ which came into existence from nothing. A humanist put to me recently that we have a straight choice – to believe in an eternal universe that has always existed or an eternal God who created a finite universe. He was wrong. We do not have that choice.

The idea that the universe is an eternal static entity died in 1929 when Hubble observed the Red Shift – a Doppler effect in light from distant galaxies – which demonstrated that the universe is expanding.  We haven’t always had the universe. It began – apparently out of nothing, some 13-15 billion years ago.

Now human creativity is of a different order from God’s, not least because we lack his astonishing power, intelligence and artistry. But nonetheless, we have original, creative ideas.

The mind that lies behind the creation is reflected, albeit in small measure, in our capacity for understanding and rational thought. The psalmist wrote, “Do not be like the horse and mule which have no understanding but must be controlled by bit and bridle” (Ps 32:8–9). Human intelligence is unlike anything found in the animal kingdom. We ponder the meaning of our existence, the significance of our actions and the prospects of our destiny. Unlike animals, man is a thinker and capable of being instructed and growing in understanding.

Some religious beliefs which are anti-intellectual and belittle our need to study and learn, have failed to see the wonder of who we are. Approaches to evangelism which diminish the proper place of argument and persuasion diminish the humanity of the people we would reach. The extraordinary Mind behind the Universe has given us minds to enquire, to reason and, as Kepler put it, “To think God’s thoughts after him”. So the apostle Paul urges that we should be “transformed by the renewing of our minds” to discern the will of God (Romans 12:2).

But as the creation itself defies atheistic understanding, so too, human intelligence and self-consciousness also defies secular analysis. Peter S Williams’ book, I Wish I Could Believe in meaning is full of good things that are essential to the subject at hand.

He quotes Jerry Fodor, a leading philosopher of the mind saying,

He quotes another authority, Ned Block as writing,

“We have nothing worthy of being called a research programme, nor are there any substantive proposals about how to go about starting one” (p 322).
Researchers are stumped by the very thing that drives them – they cannot understand their own understanding.

Philosopher J. Bubziszewski recalls the dilemma of self-understanding he experienced as an atheist:

My mind, I supposed, was nothing more than the activity of my brain, my brain nothing more than a computational device. Of course, we do not experience ourselves as machines, but I told myself that we are machines under a double curse – the illusion of being more than machines and the desire for the illusion to be true. How a machine could suffer such things as desires and illusions deeply troubled me. In fact, all the phenomena of consciousness troubled me. I was troubled by the redness of red, the deliberateness of choice, the preciousness of my loves, the sense I sometimes had of exerting my will against an inclination – I was even troubled by the experience of being troubled. I knew that I could not fit these things inside the theory that I was a machine, and I knew that the intuition that I was more than a machine made a better fit with reality. To get around this fact, I told myself that a machine is something that I know, whereas a soul is something that I do not know – conveniently forgetting that I experience myself, unlike machines, directly…In a sense, I thought I did not exist.

Eventually, Budziszewski came to a realisation,

“I had reached my conclusions not because of the data but in spite of it.”

Thirdly then, our capacity to appreciate beauty. Genesis 2:9, “The Lord God made all kinds of trees grow out of the ground – trees that were pleasing to the eye.” God is not only the great artist who made a beautiful creation but has made us in his image so that we can appreciate beauty.

One of the best things in life is finding yourself with a view that just takes your breath away. It amazes me that those views are all around us all of the time.

Fourthly, we are moral. The creator God, the mind behind the universe, was the artist who designed a beautiful world and created mankind who could understand his moral character & purposes. Animals suffer from fear but as far as we can tell, they have no natural sense of guilt or awareness of good and evil choices. Yet our daily lives are dominated by such awareness.

Human conscience is a major aspect of our humanity. We battle with evil within ourselves and witness it in others. We long for the good but find all too often that the good that we would do we don’t do, while the evil we know we should not do – we end up doing. Paul’s description of this dilemma in Romans 7 struck me with great force when I first read it in my late teens.

The world is like that. Morality fits the facts and points us to an ultimate, absolute moral being. Yet without God, morality is merely an arbitrary code of mutually agreed manners for diners at the human lunch club, of no more significance than agreeing that we should not blow our noses at the table.

If we want to understand what people in general believe to be of central importance in their lives, we have only to read novels or watch Soap Operas. The dominant theme of human existence, reflected in stories the world over, is about relationships. In a word, Love.

We may be confused as to what love is; we may reduce it to intense emotions or sexual functioning. We may keep love entrapped within the limits of the nuclear family. But life and love go together so closely that the breakdown of relationships is the single biggest cause of people wanting to commit suicide. We know in our souls that we were not made to live in isolation.

But where does love come from? How do we discover what it is? Where are the deepest descriptions of it? Has the world found any better exposition of the meaning of love than in the life, teaching and passion of Jesus? No it has not; and Jesus was emphatic that loving our neighbour was the second commandment about love, not the first. As Augustine so powerfully expressed it:

“You created us for yourself, O God, and our hearts will not rest until they find their rest in you.”

We are made for healthy relationship with God, Self, Others & Culture.

So man is incurably religious. Until the 20th century, every culture in human history has been dominated by belief in a God or gods. In the last century, atheism was imposed upon much of the world – across China, the Soviet Union and much of Europe. The overthrow of Communism and Nazism has led those oppressed people to return to their religious heritage. In the free world, where the demands of Christian belief have been cast aside by post-modernity, we have seen the enormous rise of superstitions such as astrology, spiritism and magical charms. We are Spiritual.

All these themes then challenge our humanity and ask us if we are really alive? Are we creative, thinking, artistic, moral, relational beings, who hunger after God? Are we growing on all fronts? Are we well-balanced individuals, giving proper attention to each area?

Now an image is but a reflection of the original. Sometimes the image may be hazy and distorted. But it does not exist on its own. Beyond the image is the reality. The Image of God in us not only helps us to see who we really are, but also reveals God to us. But we are not left searching through a haze to find hints and images of the One who made us.

Here’s the good news: the one in whose image we are made, has come among us and revealed himself.

‘[Jesus] is the image of the invisible God, the firstborn over all creation. For by him all things were created…For God was pleased to have all his fullness dwell in him…’ (Colossians 1:15–19)

It is therefore not a coincidence that these major themes are themselves the best evidences for God. The argument from Creation, from Intelligence, from Beauty, from Morality, from Love, from our intrinsic Hunger for God and of course from the person of Jesus himself in his teaching, deeds, character, claims, death and resurrection are the major lines of argument for the existence of God.