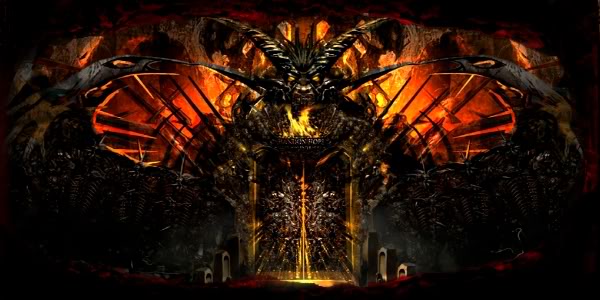 Several points are crucial to note in this important teaching. First, “Hades” was the standard term for the underworld, the realm of darkness and death, in Hellenistic culture. In using it here, Jesus was probably referring to the whole of the Satanic kingdom.

Second, the phrase “gates of Hades” is clearly a metaphorical reference to the fortified walls of the Satanic fortress. They are closed to keep opposing forces out. Hence they need to be overcome. Jesus may also be referring to the center of power of the Satanic kingdom with this phrase, inasmuch as the gates of a city in the ancient world were usually where the officials resided and important military decisions were made.

Third, Jesus says that these gates will not be able to “prevail against” the church. This translation of katischyo is preferable to the NIV’s “overcome,” for “gates” are defensive structures that keep an enemy out, not offensive weapons used to “overcome” an enemy. Jesus is here portraying the church as being on the offensive and Satan’s kingdom as being on the defensive.
Jesus is saying that he is going to build his church on the rock of his divinity—the confession that he is “the Son of the living God”—and the way this church is going to be built will be by bashing down the gates of Satan’s fortress. In other words, the church is to be involved in the very same warfare work that Jesus himself was involved in throughout his ministry. Based squarely on the “rock,” ministering in his authority and his accomplished victory, the church is to storm the fortress of Hades and bash down its gates.

Jesus also gives to all who confess his divine sonship “the keys of the kingdom of heaven” so that whatever they bind and loose on earth will be (or will have been) bound and loosed in heaven. While the exact meaning of this phrase is disputed, it is clear that it is an essential part of kingdom-building activity the church is to be a part of. Having been given “the keys” to the kingdom, Jesus is saying, whatever the church locks up when it bashed down the gates of Hades will be locked up in heaven, and whatever it unlocks and sets free will be set free in heaven. Understood in the light of Jesus’ overall healing and exorcism ministry, I can only read this as referring to the church’s authority to bind up demonic forces and to set people free.

This teaching provides a blueprint of what the body of Christ is to be about. It is to be about what Jesus was about: aggressively breaking down Satanic fortresses wherever we find them. In people’s lives, in families, in churches and society at large, the church is to expand the rule of God on the authority of Christ by binding evil and setting people free. In a word, our charter is to live out a theology of revolt, throwing all we are and all we have into guerrilla warfare against the occupying army, the tyrannizing powers of darkness. When the church opts instead for a theology of resignation and thus attempts to accept as from God what Jesus fought as coming from Satan, the church exists in radical contradiction to its defining vocation.