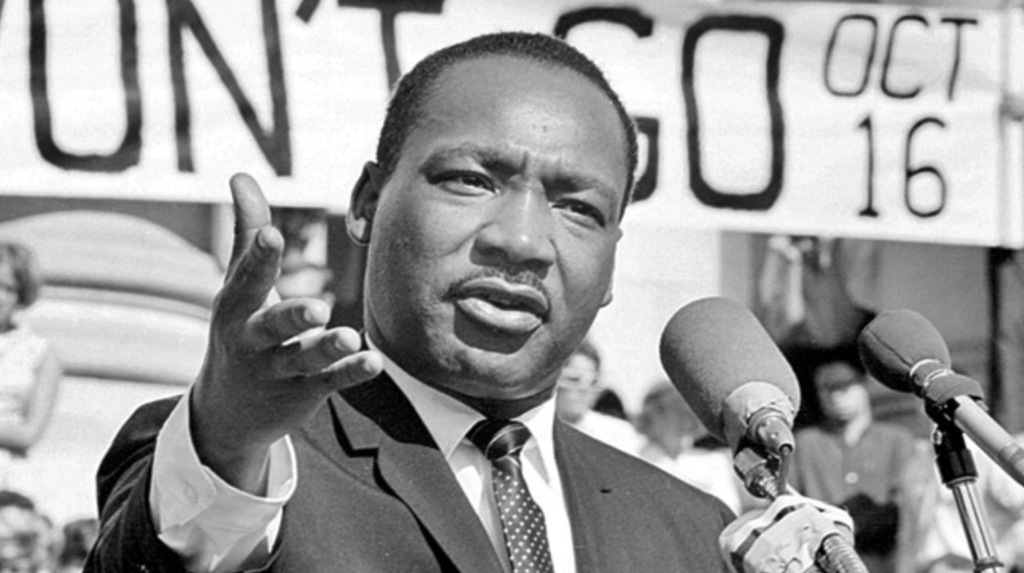 Dr. Martin Luther King, Jr. Is a person whose memory is often presented in a kind of secularised version. It would be no exaggeration to say that Dr. King is presented as one of the heroic crusaders for “truth, justice, and the American way,” with the civil rights movement in view as the specific focus.

This version of events neglects or omits that King never would have been involved in this struggle that cost him his life if he wasn’t “Reverend” Dr. Martin Luther King.

He would not have continued to pursue the cause of justice if he did not believe God was with him. His Christian commitment was central to his practice of public faith.

Second, the complicated aspects of King’s life provide yet another opportunity to consider how to evaluate great causes led by flawed people.

Though some debate exists around whether King had moral failures, it presents a conundrum many of us face: what do we do when our heroes are imperfect? How do we evaluate their public deeds?

One of the best things we can do when faced with such questions is to seize the opportunity to examine our own motives when evaluating public figures.

It is easy to condemn those who are not “on our team” and use their failings as a reason to discredit their public actions, while simultaneously finding it easier to make a separation between the failures and grand projects of “our kind of people.”

A better path is to recognize that ever since Genesis 3, humans have come with a label that says “prone to breakage,” and to recognize that even the best leaders (i.e., all those not named Jesus) have weaknesses, blind spots, and, in some cases, tremendous flaws in character.

While recognizing this truth, we can also look at what they have done in spite of their brokenness and do our best to evaluate their public actions on their merits.

Finally, this evaluation of the public actions of heroic figures can prompt us to take a look at our own hopes for society.

In 1964, Dr. King gave a speech at Drew University entitled “The American Dream.” It includes these words regarding the Declaration of Independence:

It [the Declaration] says that each individual has certain basic rights that are neither derived from nor conferred by the state. They are gifts from the hands of the Almighty God. Very seldom if ever in the history of the world has a socio-political document expressed in such profound, eloquent and unequivocal language the dignity and the worth of human personality.

Dr. King took language foundational to the essence of the country and held it up as a mirror, urging Americans to live up to its ideals.

Even those critical of the ways King and others wished to bring about changes in society can ask themselves, “What are my hopes for all of the citizens of our country?”

If Christians believe that the nations in which  live have, at their core, a view of human flourishing emerging from rights bestowed by God and fundamental dignity rooted in human beings as divine image bearers, how do we consider the myriad ways for this vision to become reality?

For readers of this blog, perhaps a more specific question is, “How do Christians lead the way in helping all humans flourish in every sphere of life?”

Dr. King was a man compelled by Christian belief. He was imperfect, but also a model of hope in action. America has a national holiday in his honour that can be the occasion for us to become people who model hope by pursuing strategies for flourishing with great vision and creativity.

If we do so, what will our legacy be decades from now?